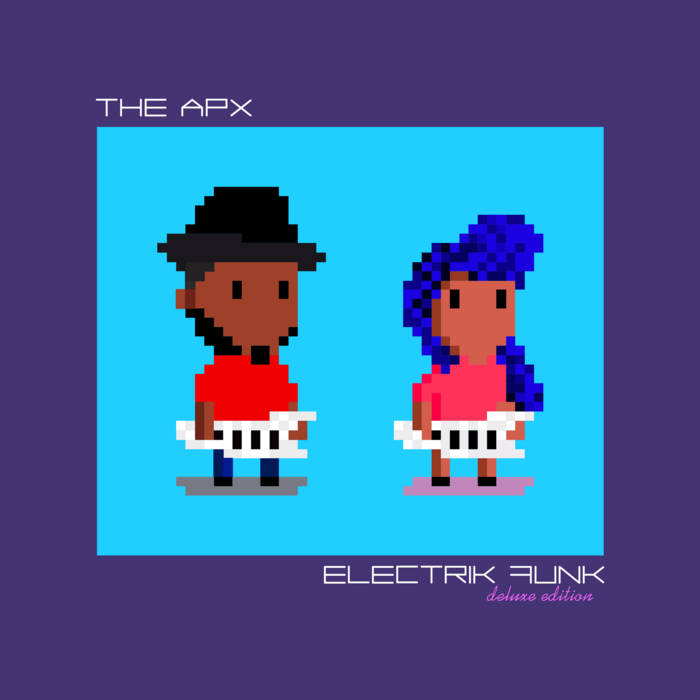 everythingfallstogether I was caught by surprise because I was giving S.O.S., Mtume, Evelyn 'Champagne' King, & Kashif plenty of spins and then this appears. No lie this is a continuation of funk from the 80's but this is the modern way to pull it off. They are amazing together live as well! Favorite track: Lose Yourself to the Groove.

Modern boogie often suffers from sub-par vocals. Not the case here. The vocals are strong and vibrant, as is the production.

The entire LP is solid, but "Good Life" is the standout track for me.

It's a shame the digital-only track "Good life" did not make it onto the vinyl though. It's become my favorite. Perhaps we can see a 12" release with extended mixes soon? Favorite track: Good Life.

plasticwrap like Gap Band meets The Internet, full of juicy 80s and early 90s vibes. this record has become one of my favorites of 2017. shit's pretty cash, man, and Erika's got some serious pipes on her. and this record is surprisingly fresh, despite treading on familiar ground. prepare your booty for some serious earworms. If these songs don't want make you want to hit the dance floor, I don't know what will. Favorite track: I'm in Love.

Husband and wife duo Dee Rhodes and Erika Rhodes form the Atlanta-based electronic project now known as The APX. Though the collaboration is a new undertaking for the pair, neither artist is a stranger to the music industry. The APX went into launch mode following the culmination of a successful private event band known as “The After Party Experience”. Dee and Erika describes The APX sound as "a galactic funky atmosphere using synths, sax, and vocals”.

The group released their first single “Capture The Moment” initially to “test the waters.” Since the song release in January 2016, the duo has expanded and zoned in on refining their distinct sound which is a fusion of Nu Disco, Electro Funk and Synthwave. The project takes a myriad of influences including 80s music and “fuses them into a new era” according to the band.

The APX recently released several live remix videos to illustrate what fans might expect to see at one of their shows. The videos have been a source of success for the creative project, having allowed the group to grow their fan base exponentially while receiving kudos from world-renowned artists such as Teddy Riley, Dave 1 of Chromeo, Alex Frankel of Holy Ghost, Nick Littlemore of Empire of the Sun, Dam Funk, Zapp Band and many others. The group also caught the attention of major music software/hardware manufacturer "Native Instruments" who now sponsors the two in their endeavors!

Bandcamp Daily  your guide to the world of Bandcamp

Cannibal Corpse's George "Corpsegrinder" Fisher stops by for an interview